Kaleköy, is one of the most beautiful sights in Kekova. The bay is at the foot of the castle.

On approaching from the east, care is needed for the shallows and sea – level rocks in the vicinity. There are about 10 – 15 meters depths in the anchorages by the village. There are 3 – 4 meters depth at the head of the piers of the restaurants. The piers of the restaurants afford berthing capacity up to 20 boats. Water and electricity can be obtained. Strong westerlies push swell in and the piers don’t really look beefy enough.

Kaleköy and the settlements around were part of ancient Lycian city ‘Simena’ dating from 4th century B.C. The settlements were collapsed by the earthquakes and now is a sunken city.

You should climb up to the castle and witness the stupendous view of nature and history.

It is worth sitting in the little theatre and gaze out over the bay of Kekova. This medieval castle was used by Byzantines. The theatre is carved into the rocks.

Kaleköy is one the popular spots for the tripper boats from Kaş, Üçağız and Demre. The best is to come early in the morning and stroll around ruins and leave,  or to come late afternoon in settled weather at 5 p.m. 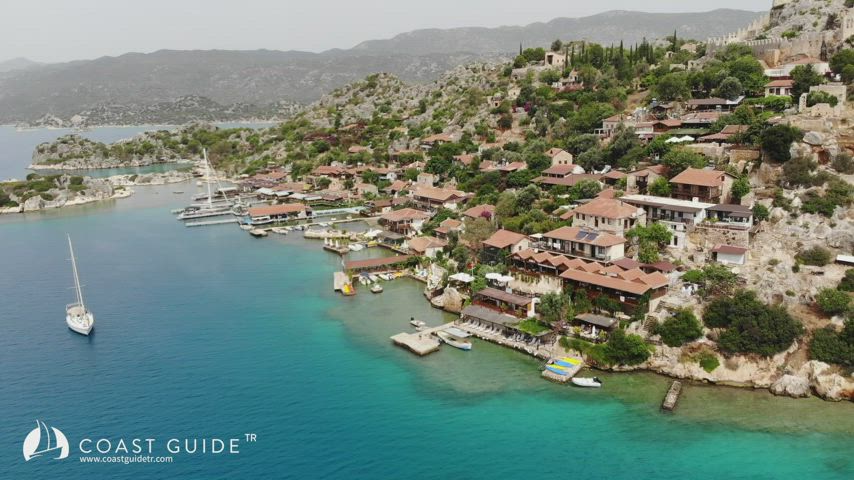