The coastline rises up and the mountains are split by ravines, in some part wooded in pine trees and hosts attractive anchorages then the shores become inhospitable, but after Point Kurtoğlu , sailors get what they look for; sail like a swan into a new paradise.

When you head east after the Strait of Marmaris, Yıldız Adası and the Yalancı Strait are to the north. Breeze blows stronger in the strait.  The Devetaşı Rocks (36°47’180”N-28°22’904”E), which are connected to the mainland by an isolated reef, appear like a matchbox. Care is needed. Sparsely wooded high mountains rise sheer from the sea. Extreme care is also required for the rocks, Turnalı Rocks, only 1m below the surface, it is 2 M W of Yılancık Adası. This rock is not easily seen. It is marked by a red buoy with two black conical top marks. At night, it lies in the red sector of the Yılancık Island light. Both Karaağaç Port and Yılancık Island are in the zone of prohibited military area. Landing is prohibited. The shore line after Karaağaç Limanı are rugged. The mountains drop sheer. There are rocky pathces by  Point Güdük. These rocks extend out for about 250m. Dangerous rocks lie off the coast between Point; Kızılburun Bur and Köyceğiz Port. The slopes of Köyceğiz Limanı are densily wooded by pine trees. Ancient Caunos is hidden in Dalyan Channel.

After İztuzu Beach, the shore is rugged, with barren mountains rising toward Dalaman Valley. The coastline is inhospitable. There are good depths off the coast, as the mountains rise steeply from the sea, but it is exposed to prevailing winds. It is the best to keep some distance off, to avoid effects of the wind-induced swell here. The coast after Karaburun gently slopes down and joins Dalaman Valley, extending southeast for about 6,5 M. This shoreline is called Dalaman Bükü and is open to prevailing wind. A summer sites, hotel on the hillsides under the trees are conspicous. Dalaman International Airport settlements are situated ashore. Works are still in progress. After Dalaman Valley, the coastline rises up again in mountains split by ravines. This shoreline is exposed to prevailing winds. The coves are fair-weather anchorages for swimming breaks. There are attractive diving spots along the shore. The Kapıdağ Peninsula gently slopes down and ends at Point Kurtoğlu. Reefs extend from the point. These reefs cannot be seen from the distance.

Southerly blowing winds are predominant from Köyceğiz Port to Point Kurdoğlu, it blows stronger and causes gusts. When heading toward Fethiye and Göçek, leave as early in the day as possible to pass Dişibilmez and Point Kurtoğlu before the breeze builds up.

312 Printed by Turkish Navy, Department of Navigation, Hydrograph and Oceanography. 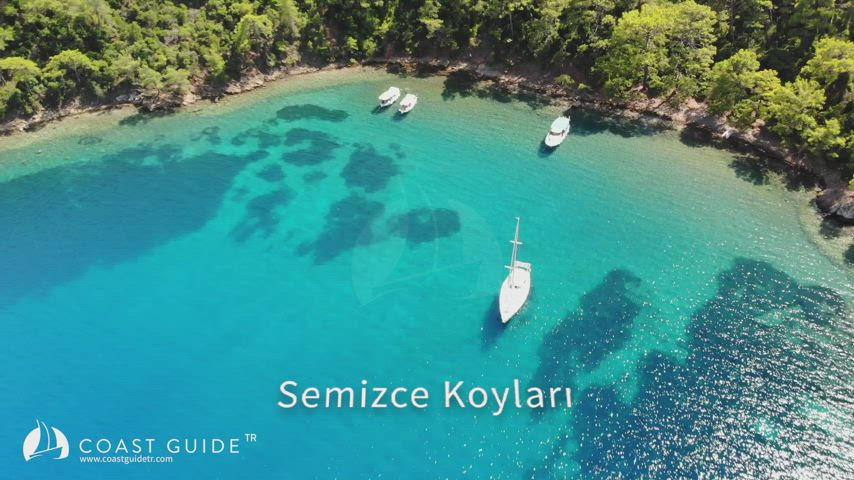