GÜLLÜK (MANDALYA) GULF
Mandalya Bay lies between Pointe Tekağac (Fl.W.15s.10M) to the north and Yalıkavak Peninsula, 13.5 M to the south. The bay indents to the east for about 20 M. The bay on the east between Point İncegöl on the north and Point İnce Burun, intending to the east for 5.5 M is called  Asin Bay. The depths in Asin Bay do not exceed 30 meters. The bottom is muddy and the water is dark turquoise.

All anchorages including the coves in Asin Bay are outlined under caption of Güllük Bay.

The northern shores of the bay are lower and gradually descend from Akbük to Tekağaç on the west. After Akbük, the mountains rise and surround the bay up to Yalıkavak Peninsula. Maquis-thickets vegetation on the northern part turns into pine trees forests on the south.

The coves especially on the eastern part of the bay were occupied by fish farms. These farms spoiled the environment. The authorities have eventually recognized and took decision, the farms are being removed and the bays are regaining their identities. The coves mentioned in our portal are visited in summer 2010 and advised for visitors. The coves invaded by fish farms are not included in this portal. We keep on updating the anchorages and include new ones.

Ancient sites; Didyma, Iasos and Ulelibük (Vardil) are located in the region. There are two marinas in the gulf. Water and electricity can be obtained from most of the piers or shelters. All sort of provisions can be found from the markets. Public markets in most spots are organized. Hospitals, State Clinics, Gendarme Stations, pharmacies locations and land transport facilities are detailed in our portal.

Printed by Turkish Navy, Department of Navigation, Hydrography and Oceanography: 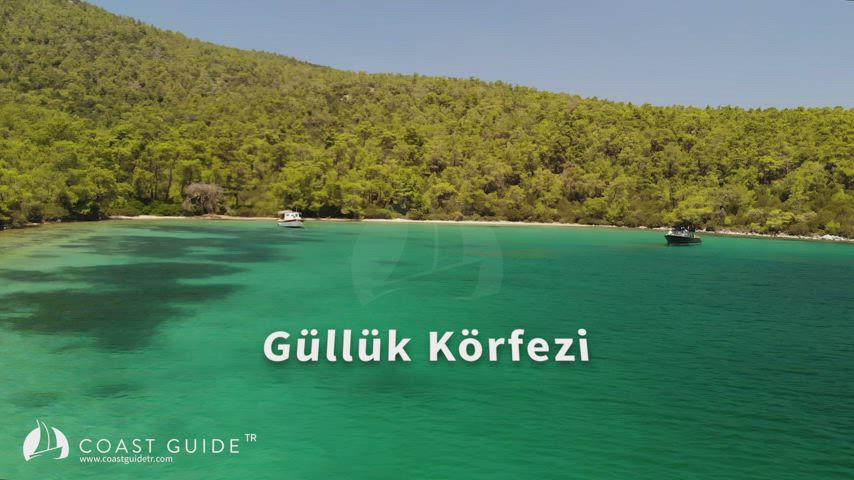