The West Coast of Bodrum Peninsula

The Paşa Kayaları shoal is ¼ M further to the SW (from the light tower), and covers an area of about 40m. The rocks are indicated by a concrete column with two conical marks. A shallow area also extends from the tip of the point towards the rocks, reaching almost to the middle of the passage between the two areas. Though this straight off the shore carries considerable depths, but we do not recommend charting your course through this passage. Rocky shallows are not identified from the distance.

Another rock lies 3/4 M southeast of Hüseyin Burnu light. Called Bekçi Kayası, it also covers an area of 30m. Depth around this rock is no shallower than 6m.

Boats cruising north-south should take the strait between the islets and the coast- Karabakla Boğazı. Westerly winds are predominant here, and when strong N to NW breezes blow, they can kick up a chop especially along the coast of Turgut Reis.

There are two marinas in the area. All kind of provisions can be obtained. There are two Coast guard stations. Regular transportation is available to Bodrum from all settlements along this shore.

A large number of ancient artifacts are still on the seabed. The area is within prohibited zone for diving.

Printed by Turkish Navy Department of Navigation, Hydrography and Oceanography. 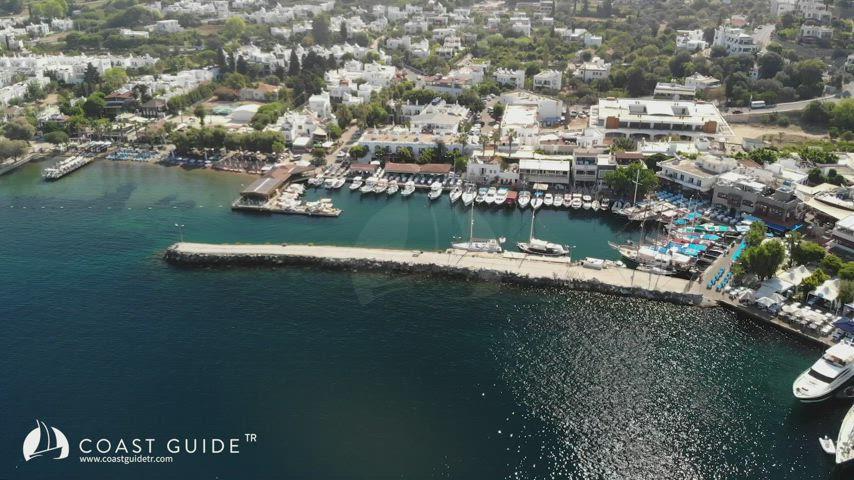