Bozukkale is a large bay, lying between points; Kale Burnu and Değirmen Burnu, It indents to the north. The walls of the ancient city of Loryma surround the port. The castle walls cannot easily be identified from a distance because they blend into the rocky cape. A rock at the entry extend from the point. The bay indents in a NW direction for about 0.8 M. There are considerable depths in the middle. The bight on the east is the best place to be tucked up. Drop anchor in 8-12 m and get a line ashore. The bottom is sand-weed. The winds blow from the valley behind and send swell in. There are three restaurants in the bay. You can go and pick up laid moorings tailed to the piers. You can moor if you are taking meal at the restaurants. These restaurants provide food with limited set up. Fish menu is advised. They produce their own electricty and they bake bread in the morning. The water is cool and so clean. A rough path goes up to the castle and it is worth making the hike for the view in early morning or late afternoons. The impressive defensive walls are cubic chipped stone blocks without mortar. The castle position almost directly opposite the ancient Greek city of Rhodes, lends support to a theory that it was built by Rhodian craftsmen trying to deny the harbourage to enemy fleets.

In old charts, the name of this bay is mentioned as Oplosiko Bükü, derived from Hoploteke, meaning shipyard  in Greek language. It is said that anchient shipyard existed here.

Bozukkale is a layover port for those heading nortward. 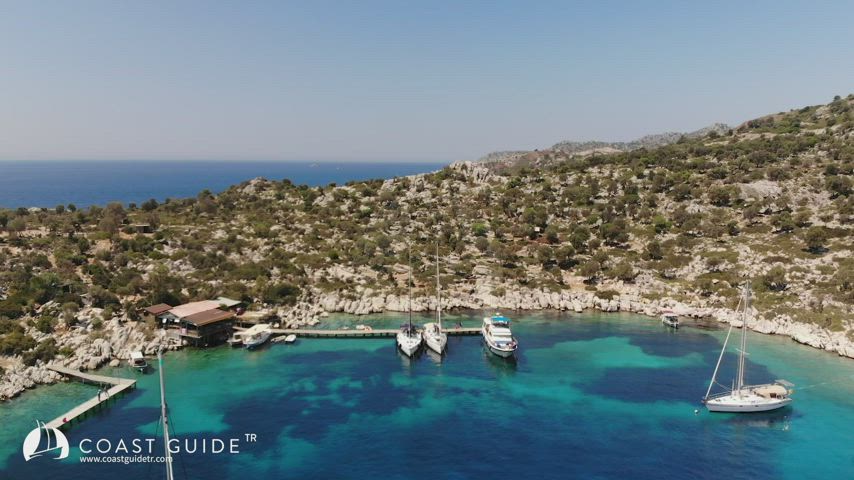