Serçe Limanı lies 1.2 M on NE of Çatal Adaları. The narrow entrance (135m) of this bay between two high humped points, can not be identified from a distance. As you get closer, you can pick out the passage between steep points against the mainland behind it. Care is needed at the entry, there are reefs off the western point, extending out for about 10m.  Glass objects were excavated from an 11th century Byzantine wreck. These finding are displayed in Bodrum Museum. Serçe Limanı is fjord-like; you get a kind of shiver at the entrance, with its huge steep rocks. The water in the bay is deep; 40 m at the entrance and 30m in the inlet. There are two ancorages in the bay. After the entrance, the bay indents to the north and narrows-this part is called Serçe Limanı. The southern corner is Akça Limanı. The water shelves to shore on the north, dropping 10m depth in the middle. Local fishing boats occupy the shores on the west. Watch out floating laid moorings of the restaurant, which can be use if you can find one free. The bottom affords good holding and you can anchor off with a line ashore.

There is a restaurant and a buffet among the trees. You can get some limited provisions. A rough path in the valley goes to Fenaket Village (9km). Donkey tours are organized to the village. It is said that there are 41 cisterns around. 40 cisterns are already found,  but the last one fully covered with gold is still missing.

Serçe Limanı is an attractive anchorage. The water is cool and very clean. The slopes are covered with olive trees. The anchorage on the south is wider. There are sufficient depths for anchoring. Drop the hook in 5-8 m with a line ashore. Akça Bay, ends in a shingle beach, and there is a restaurant ashore. There are floating moorings of the restaurant. 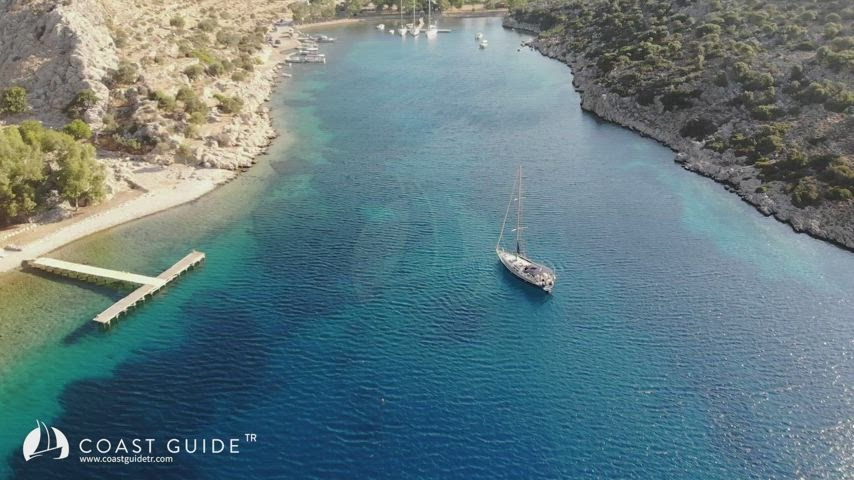